How to Read the Constitution - and Why
By Kim Wehle

Please use this thread to discuss the above chapter.
Top

Fourteenth Amendment
Section 1
All persons born or naturalized in the United States, and subject to the jurisdiction thereof, are citizens of the United States and of the State wherein they reside. No State shall make or enforce any law which shall abridge the privileges or immunities of citizens of the United States; nor shall any State deprive any person of life, liberty, or property, without due process of law; nor deny to any person within its jurisdiction the equal protection of the laws.
See link for sections 2 – 5.
https://constitution.congress.gov/const ... ndment-14/

Professor Wehle discusses equal protection of the law in part by comparing the Plessy decision, which allowed segregation, to Brown v. Board of Education, which prohibited “separate but equal.”


But was Plessy or Brown the better, truer construction of the plain-language equal protection of the laws? Courts have a lot of discretion to make this kind of decision. And in a age of tweets and memes, it is easy to gloss over the meaining if individual words. Think about it. A strict reading of equal might look to its application in 1868, when the Fourteenth Amendment containing the Equal Protection Clause was ratified after the Civil War. Presumably, the framers of the amendment believed that it had something to do with discrimination against African Americans by many southern states. So the clause can be fairly construed as ensuring that formerly enslaved persons receive equal protection of the law, that is, that laws cannot discriminate against them based on their race – or more accurately, that they had to be equally protected under the law.

What, then does protection mean? In Plessy, the court appeared to construe the word – without explicitly saying so – to not include protection from social norms that forbid black people from riding in railcars with white people. The decision spawned the notion that “separate” can be “equal”…
Pages 113 – 114

It's amazing that 154 years after the 14th amendment was ratified, we're still arguing about how the equal protection clause should be interpreted. Here is Supreme Court Justice Ketanji Jackson (on her second day on the bench) employing "originalism" to argue that equal protection should not be interpreted in a race neutral way. Fast forward to 52 minutes...
https://www.c-span.org/video/?523311-1/ ... l-argument 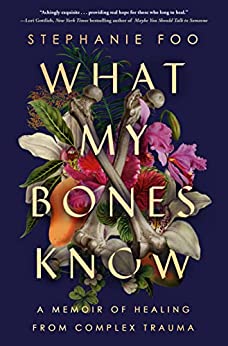